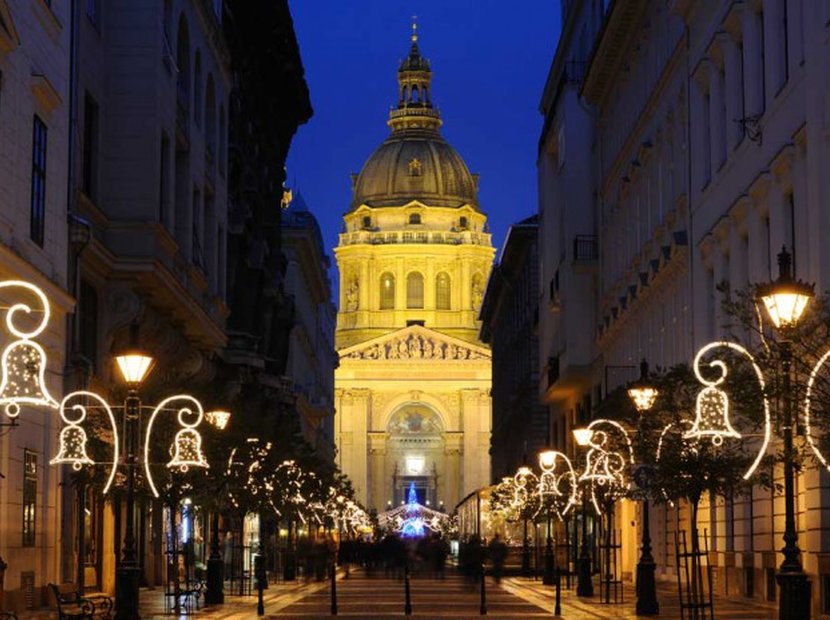 Budapest
Staring down at the ebony ribbon of water, seemingly endless to the horizon, two lovers stand entranced by ten thousand dancing lights. Transfixed as statues, looking out over the ever present Danube, the sight of couples on the Chain Bridge in the evening reveals just why Budapest is for lovers, and for magic moments, especially at Christmas, when the city shines even brighter, under the spell of the stars. 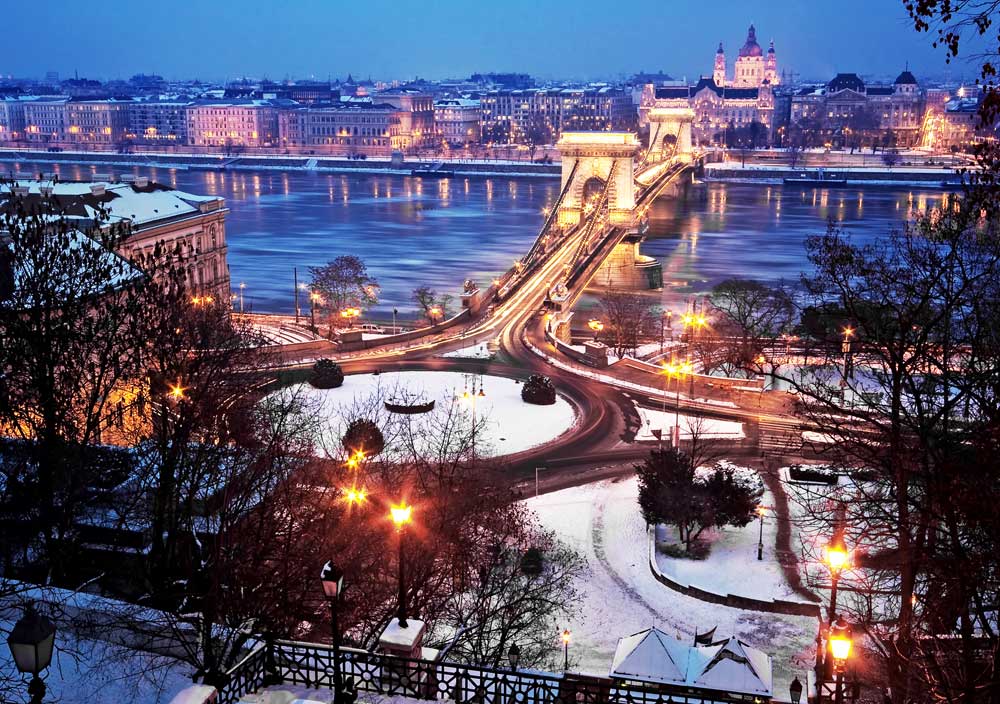 Budapest in winter. (Image © Horváth Botond - on Fotolia.com) More than a city blessed by the stars, Budapest is a city that knows how to celebrate light. This year Christmas will be cheerier than ever, with a wealth of activities all over the town, Christmas fairs and festivals that last from late November, till January next year. 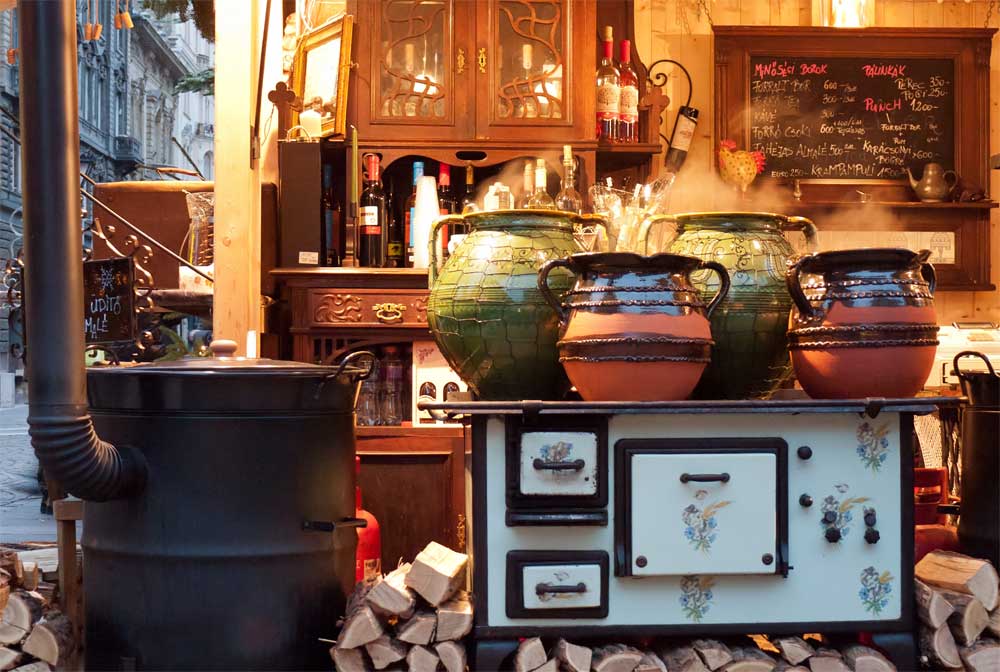 Mulled wine stall at the Christmas fair in Budapest, Hungary (Image © Annto - Fotolia.com) The Budapest Christmas Market at Vörösmarty tér is the most popular among the Christmas fairs in the city. Like most events this season, it kicks off November 28, 2014, and lasts till January 5, 2015. There are over 100 stands selling seasonal arts and crafts, souvenirs, toys, and Christmas culinary delights: lángos, kürtöskalács, töki pompos, and mulled wine. On the facade of the landmark Gerbeaud building the city exhibits a giant Advent calendar, which adds to the cheery atmosphere, as every day from December 1st and 23rd the calendar opens a new window, revealing the surprise hidden behind, with a spectacular show of lights and sound. While adults enjoy wine and chit-chat, kids can join in activities designed just for them: artisan hands-on classes, puppet shows, children's concerts, and more. Opening on the same date as the Budapest Christmas Market at Vörösmarty tér, the Christmas Fair by the Basilica is an equally enticing event that attracts thousands of tourists to the Hungarian capital. The ice rink at the heart of the Szent István tér is surrounded by arts and crafts stands, but also by food and drink vendors. You can come ice skating, or just come to buy something authentic to take a bit of Hungary back home with you. Don't miss the seasonal culinary treats. The fair closes January 1, 2015. 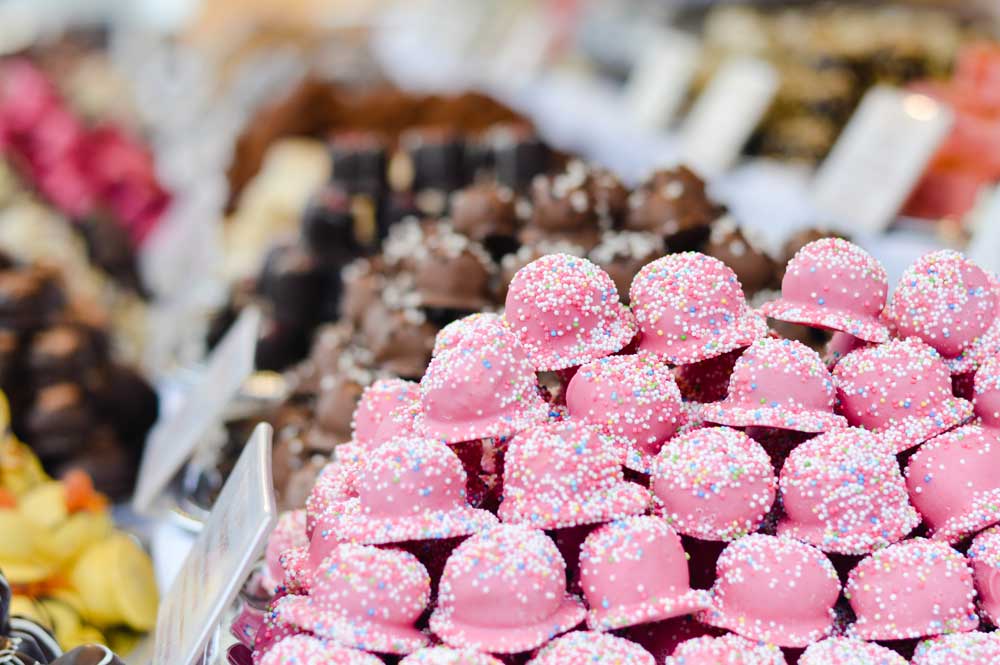 A newer festival, the Advent in Budapest takes place in Városháza Park between November 28, 2014 - January 5, 2015. Its purpose is well served: given the popularity of the two aforementioned fairs, this event aims to add a plus of cheer with cultural programmes for all ages. Live entertainment, including theater, concerts, workshops and Christmas-themed performances are scheduled daily. Last, but not least, don't miss the WAMP Christmas Design and Gastro Fair on December 7, 2014, at Millenáris (Building B). This is a place to buy one-of-a-kind designer Christmas gifts, clothes and accessories, as well as fine Christmas treats: chocolates, truffles, cookies, jams, wines, spirits, and much more. From the cafes and bars along the promenade, to out of the way nooks and crannies, and finally amidst the rollicking nightlife of the notorious 7th District, Budapest will be dressed in light, to entice you to celebrate with the locals. Forget your worries for a while, and enjoy the power of the season: Christmas brings out the best in people.