Top Things to Do on Margaret Island 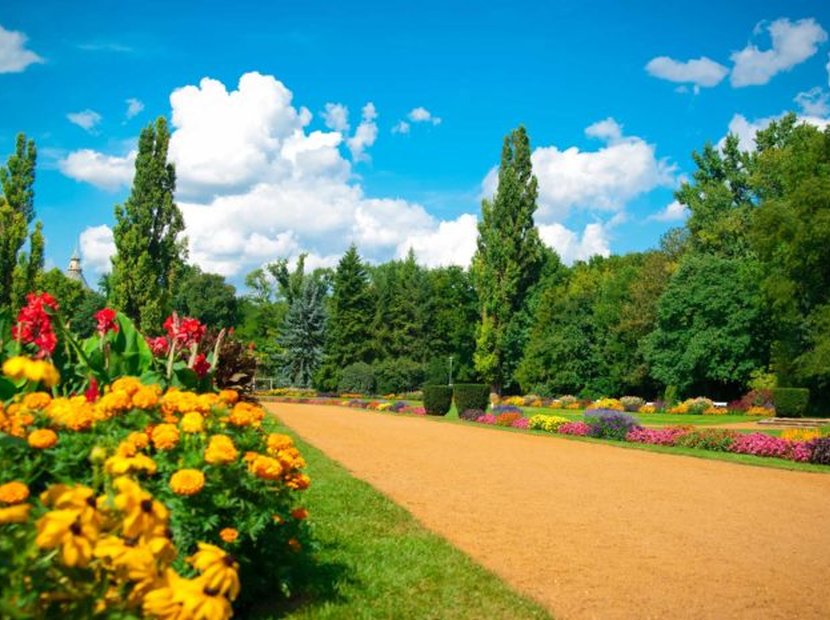 Margaret Island (Margit-sziget) is the pride of Budapest, a lovely little gem on the Danube, where the locals come to relax in nature. Because the island is a floating garden. Before the 14th century, the island was called Insula leporum - the Island of Rabbits. It was renamed after Saint Margaret of Hungary, a Dominican nun and the daughter of King Béla IV, who spent a lot of her life at the Monastery of the Blessed Virgin on the island. Today, only the ruins of the monastery can be seen. 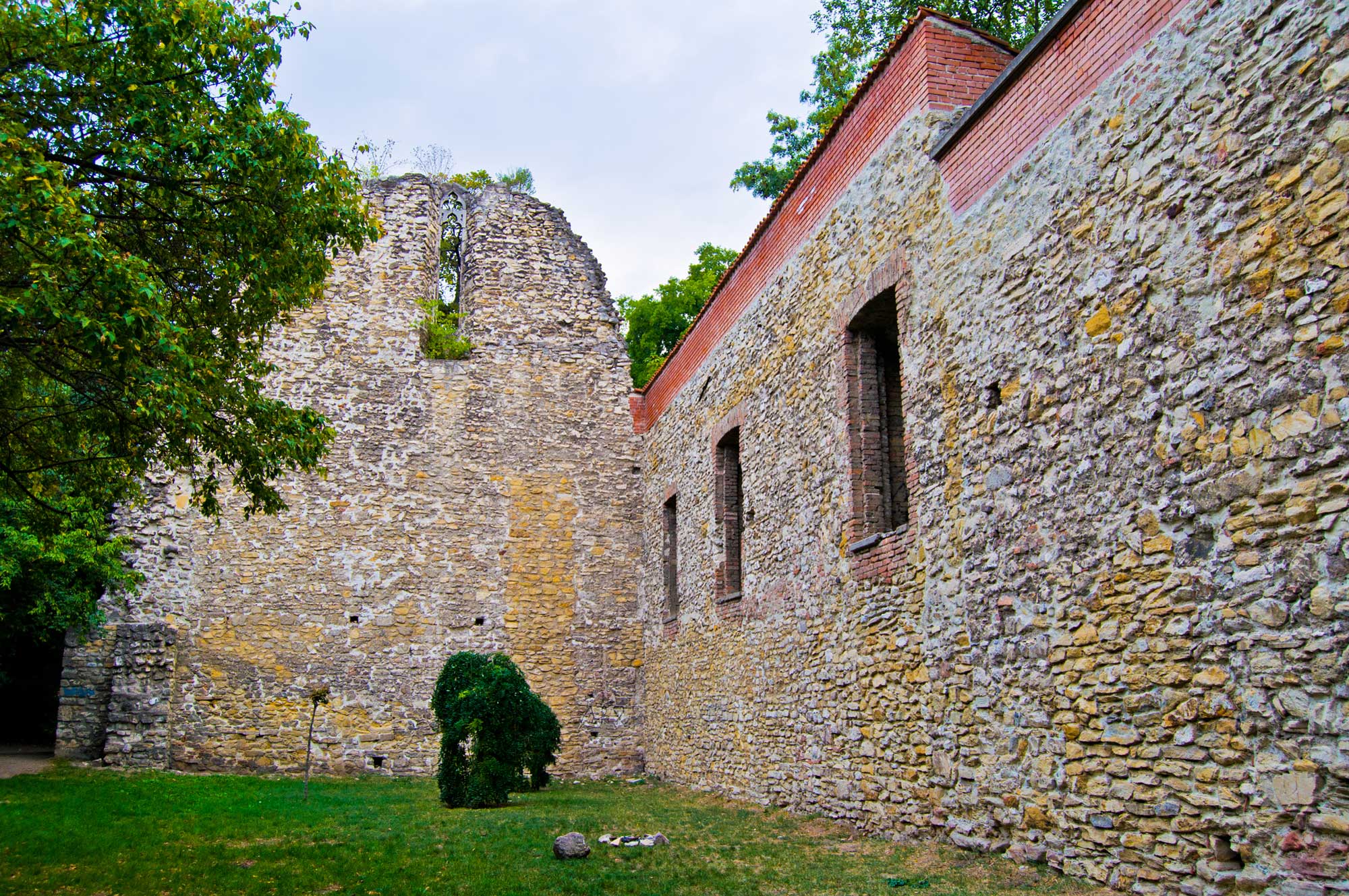 Margaret Island was declared a public garden in 1908, and it deserves its designation. It is a verdant space, with beautifully manicured flower beds and winding paths. Here are the things you can do when you land on the island.

Stroll, hike, ride a bike, or go for a run

There's nothing more rewarding than a walk in nature, and Margaret Island is a perfect destination for people who like to enjoy fresh air and beautiful sights. Century-old oaks, Caucasian winged walnut trees, sycamores, and poplars cast their generous shades along the paths, creating the romantic landscape that attracts so many lovers to the island. A professional, rubber-coated jogging path circles the emerald gem of the Danube and runners can be seen practicing here regardless the season. Cycling is another year-round pastime on the island. It's a car-free, oxygen-rich environment perfect for fitness activities.

There are many picnic sites, and you can bring a date or come with your closest friends and family for a rewarding respite outdoors. The most popular spot is Nagyrét - a charming meadow with all kinds of flowering plants. Mind the nature around you: some of the species are protected.

Admire the beauty of the Japanese Garden

The Japanese Garden was not always the fantastic sight of today. The 10,500-square-meter Oriental garden was relandscaped in 2014, after years of neglect. Originally created in the 1970s, the Japanese Garden lies at the northwestern end of Margaret Island, close to the famous Bodor kút musical fountain. The garden boasts an artificial pond with water lilies and koi fish, an artificial waterfall, dwarf trees like swamp cypresses, and a bamboo grove. It's a postcard-pretty garden, where you can spend romantic moments with your better half, or just come to relax or meditate. The setting is perfect to spend hours reading a book, listening to the trills of the birds and the buzz of the insects. 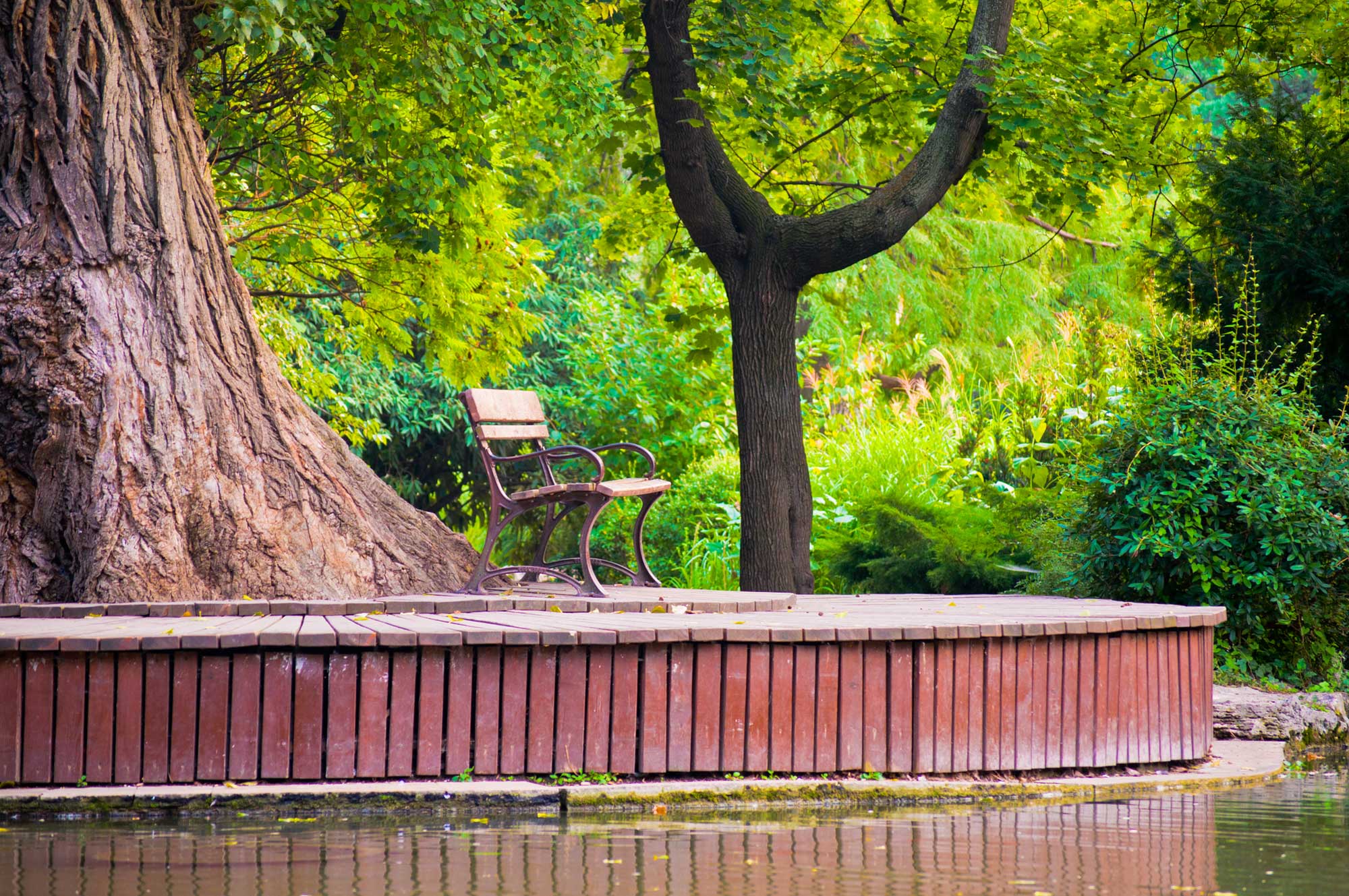 There are two music fountains on the island. Next to the Japanese Garden, you will find Bodor kút, an exact replica of an 1820-1822 fountain built by Transylvanian handyman Péter Bodor in Tirgu Mures, Romania. The original fountain was destroyed by a snowstorm in 1836. The model standing today on Margaret Island was erected in 1935 by mechanical engineer György Páll and architect Gyula Jankó. 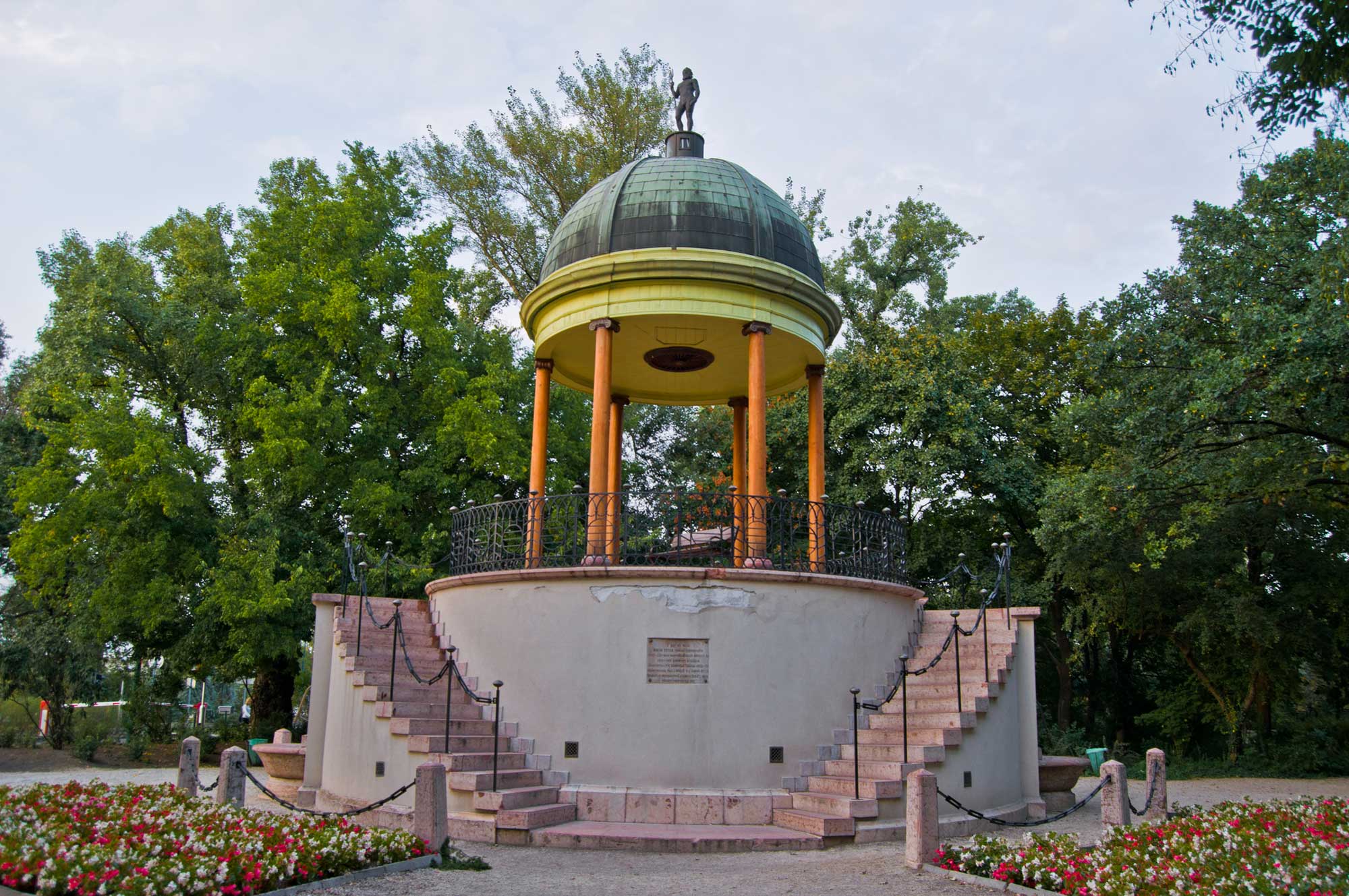 The second music fountain - Zenélő szökőkút - is a more popular sight. It lies in the southern part of the island, near Margithíd. It is an impressive construction, with 154 fountain nozzles and 227 lamps that play a superb spectacle in the dark. The fountain was built in 1962 and renewed in 2013. 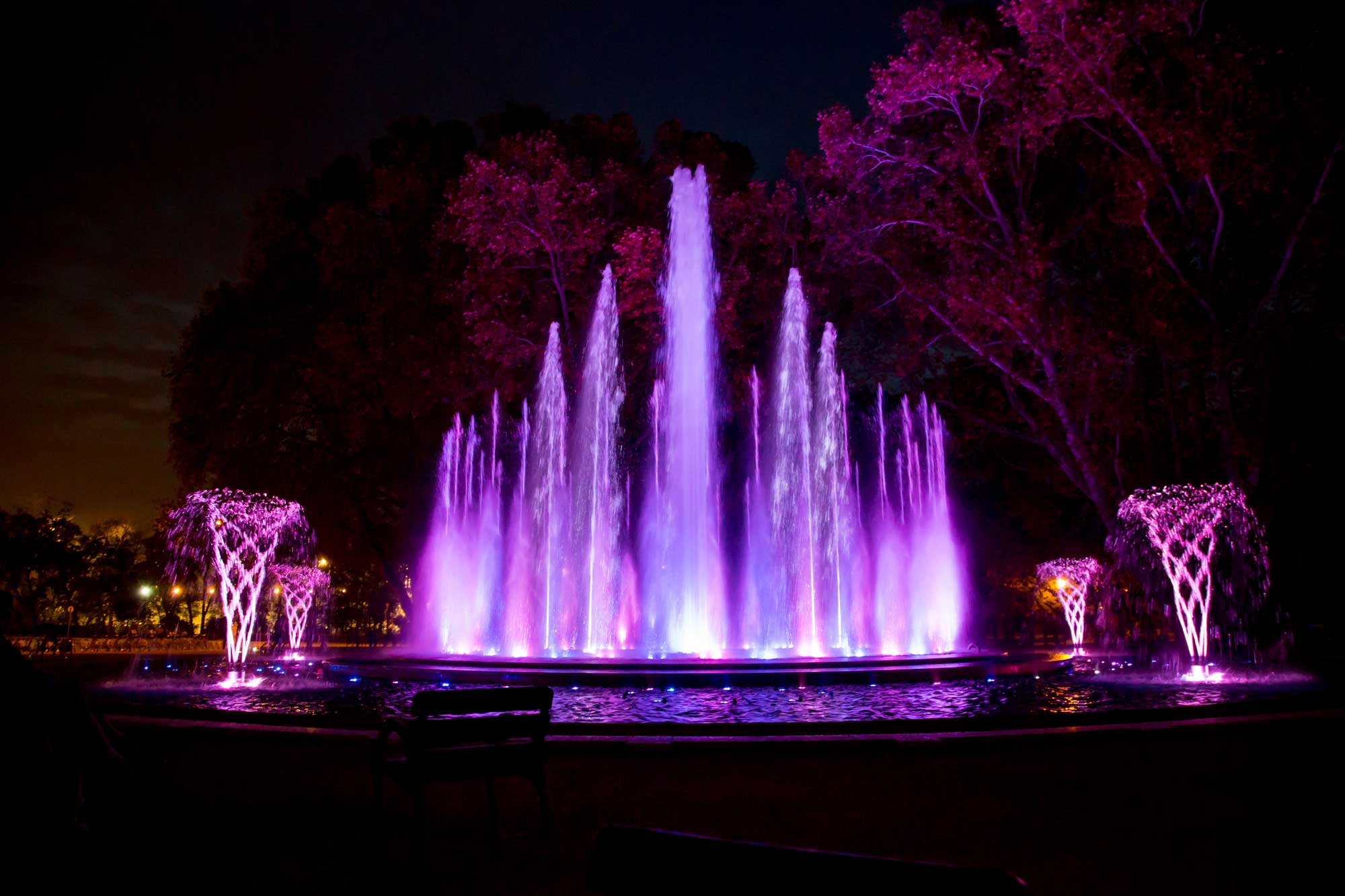 According to the Budapest Water Summit, the fountain works from the beginning of May until the end of October, playing refined pieces as well as more modern melodies.

Starting from 10 o’clock in the morning, the fountain plays a minimum of two pieces every hour and gives a full show twice in the evening, at 6 PM and at 9 PM, performing its entire repertoire.

Go for a swim

Margaret Island is a popular swimming destination. There are two venues where you can go to splash around: the Alfréd Hajós National Aquatic Center for professional swimmers, and the Palatinus Bath, a historic outdoor site, which opened in 1919. It boasts 10 different pools, water slides, and a wave pool. In 2017 the baths were expanded with four covered pools, including thermal pool, children's pool, immersion pool with thermal water, and immersion pool with cold water. The Palatinus boasts Finnish sauna, geothermal sauna, and steam chamber, as well as an outdoor fitness park and a playground for the little ones. The bath is open year-round since 2017.

See a show at the open-air theater

The open-air theater on Margaret Island boasts 2700 seats and a port for riverboats. The stage near the historic Water Tower monument is used for all kinds of performances, most notably the Budapest Summer Festival. Built in 1938, the theater has been recently renovated and upgraded with the latest stage technology.

Take your kids to the zoo

There's a small wildlife park on the island and children love coming here. It has a petting zoo and pony rides. The zoo was founded in 1950 and it is managed by the Budapest Zoo and Botanical Garden since 2002. It has fallow-deer, rabbits, all kinds of birds, and other animals. 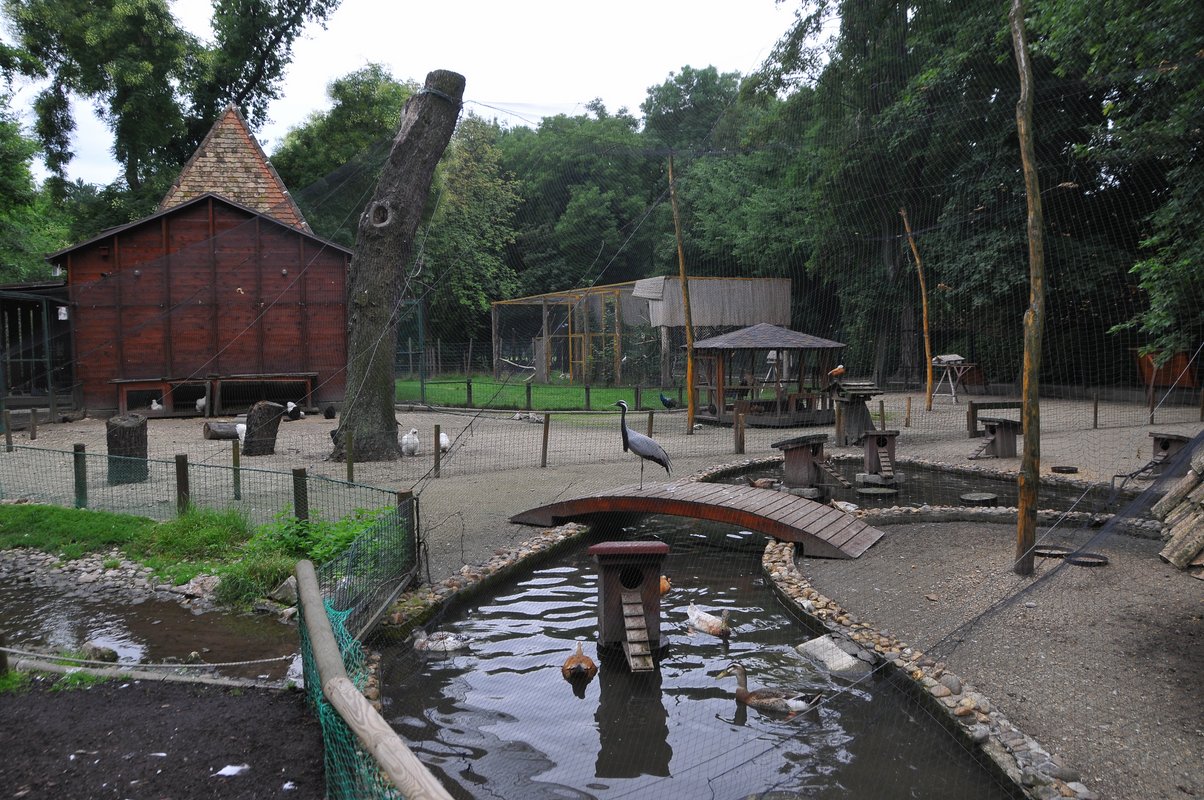 Whatever you choose to do on the island, you will love this natural paradise. You can walk around, trying to find all the beautiful statues that adorn its parks and lakes, you can play a geocaching game to find the most remarkable trees on the island, go cycling, run, stroll, picnic, or explore. The Thermal Hotel Margitsziget with thermal spa is another beloved attraction here. The Art Nouveau 1911 Water Tower is a UNESCO site and a perfect lookout point, offering breathtaking views all around. There are also nightclubs, cafes, and eateries catering to visitors year round. And, the old Casino on Margaret Island was recently renovated and now it is used for conferences and cultural events, but can also make a perfect venue for weddings and other private celebrations.