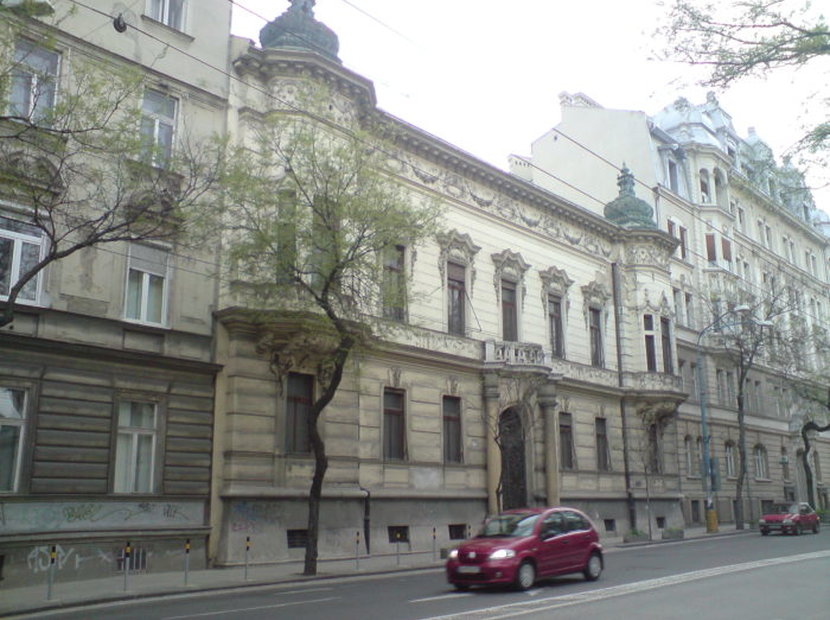 The Pisztory Palace is a historic landmark of Bratislava, just five minutes by car or fifteen minutes on foot from Mamaison Residence Sulekova.

Local pharmacist Felix Pisztory appointed architects and builders to erect the superb estate in the 1890s. It preserves many of its original features, including gilded frescoes on the ceiling and mosaic flooring in the staircase hall. Some of the crystal chandeliers are original too. A Gastach allegoric painting dating from 1895 is in excellent condition and can be admired inside the palace as well.

In 2016, the  Norwegian Institute for Cultural Heritage Research (NIKU) conducted restoration works at the palace facades and the roof. Since 1963,
the Pisztory Palace is a National Cultural Monument of the Slovak Republic.

During its time, the palace served as a private residence, as the German Embassy during World War II, and later as the home of the Vladimir Ilyich Lenin Museum and the House of Slovaks Living Abroad. Since 2012 the Pisztory Palace it is a cultural center hosting a wide variety of events, including concerts, exhibitions, theater,  and much more. The venue is available for hire for weddings, banquettes, and conferences.

In the left wing of the palace there is a special community center designed to encourage participation of the more disadvantaged groups of population in a non-traditional artistic way, for example via theater, performance, and dance.  The actors are recruited from homeless people, physically disabled, and people belonging to socially disadvantaged groups.

The garden of the Pisztory Palace is an impressive sight. Restored in 2012, it is carefully landscaped and enhanced with all kinds of medicinal plants and herbs to honor the memory of its first owner, pharmacist Felix Pisztory.

As from December 2016, the Pisztory Palace on Štefániková Street is incorporated in the network of Old Town cultural centers.