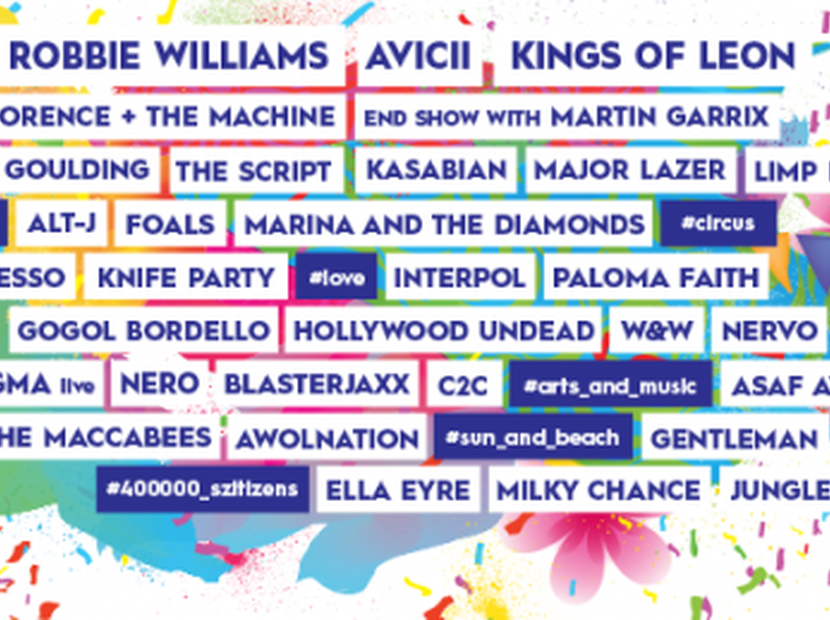 Budapest
August is a full month in Budapest, and one of the busiest times of the year: several festivals make the city a center stage for song, laughter and fun. The largest music festival in the country, and counting among the largest in the world, Sziget Island of Freedom will feature this year stellar names like Robbie Williams, Florence + The Machine, Kings Of Leon, Avicii, Ellie Goulding, Kasabian, Marina and the Diamonds, Interpol, Gogol Bordello, Alesso, Paloma Faith, Rudimental, Hollywood Undead, Gentleman & the Evolution, Passenger, The Ting Tings, Nero, Foxes, The Maccabees, and many others. You can camp at the festival to enjoy its unique atmosphere. If you camp on the area you will definitely need a tent. If you don't want to come all the way with your own, just get the Sziget Camping set. There are showers on the island, and many other facilities. The festival takes place at Shipyard Island (Hajógyári sziget) between August 10, August 17. The Festival of Folk Arts (Mesterségek Ünnepe) between August 20-23 is another opportunity to party in Budapest. You will enjoy the best of Hungarian gastronomy, delicious home-made pastries, as well as wine and palinka tasting. The festival is timed to coincide with the St. Stephen's Day celebrations, the greatest national holiday of Hungary, celebrated with great enthusiasm all over the country. Expect open air concerts, spectacular fireworks, and other surprises. The 'Junibor' Wine Festival is another event that you shouldn't miss in Budapest this August. It takes place at Szent István tér - in front of the Basilica - on August 27 till August 30, and brings in front of connoisseurs and the general public over 100 varieties of wine from 30 winemakers. Hungarian and international specialties designed to pair with the wines will complete the offer. Finally, the Jewish Summer Festival at the Great Synagogue ends the stellar line of August events, taking up the first 6 days of September, too: programs include concerts at the Rumbach Street Synagogue and at the Great Synagogue, movie screenings at Uránia Theatre and much more.