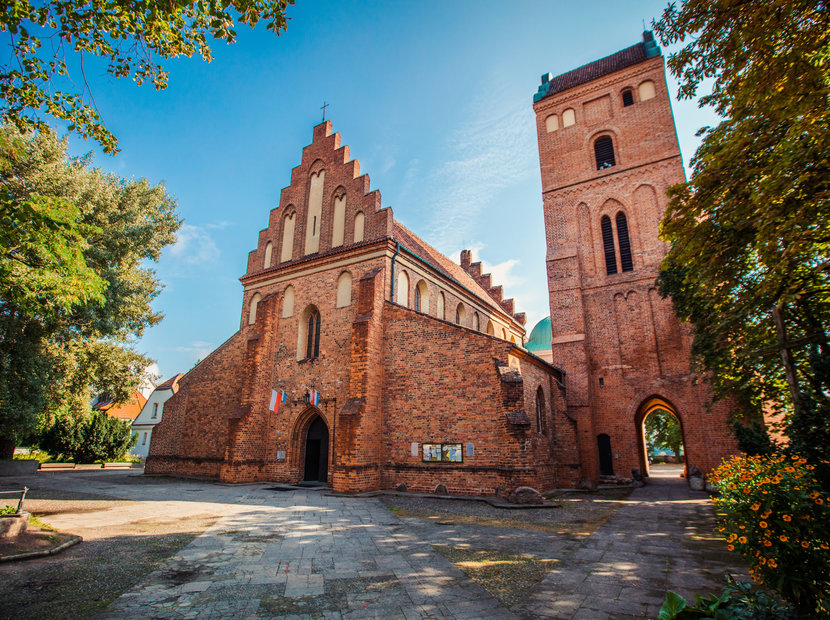 1. Church of the Blessed Virgin Mary

Kościelna is one of the historic thoroughfares of Warsaw. It is documented as far as 1408 when Janusz I of Warsaw granted its location privileges. The street takes its name from the Church of the Visitation of Blessed Virgin Mary (Kościół Nawiedzenia Najświętszej Marii Panny), and a Gothic-style religious landmark built in 1411 on the site of a former pagan temple. In 1581 a late Gothic belfry was added to the main structure of the church, which remains one of the oldest temples in Warsaw. The original church was destroyed during the war with the Swedes (1605–1635, 1655–1660) and never regained its former glory. It was rebuilt several times, then destroyed again during the Warsaw Uprising in August 1944. The current church dates from 1947-1952 when it was reconstructed to resemble as much as possible the original temple from 1411 and 1581.

The Multimedia Fountain Park (Multimedia Park Fontann) is just a few steps away from our hotel and you are walking down Kościelna towards the Vistula River. It is the second-largest multimedia fountain in Poland, boasting four fountains, and a spectacular show with light, sound and water, every Friday and Saturday from May until September. Around Christmas, the water is replaced by light effects accompanied by cheerful carols and seasonal music to set the tone for the most festive time of the year. In May 2020, the Multimedia Fountain Park will surprise locals and visitors alike with laser, sound and water show telling the story of Wars and Sawa - the founders of Warsaw. The inaugural show takes place from May 1 st to 4 th at 9:30 pm, then every Friday and Saturday, weather permitting. 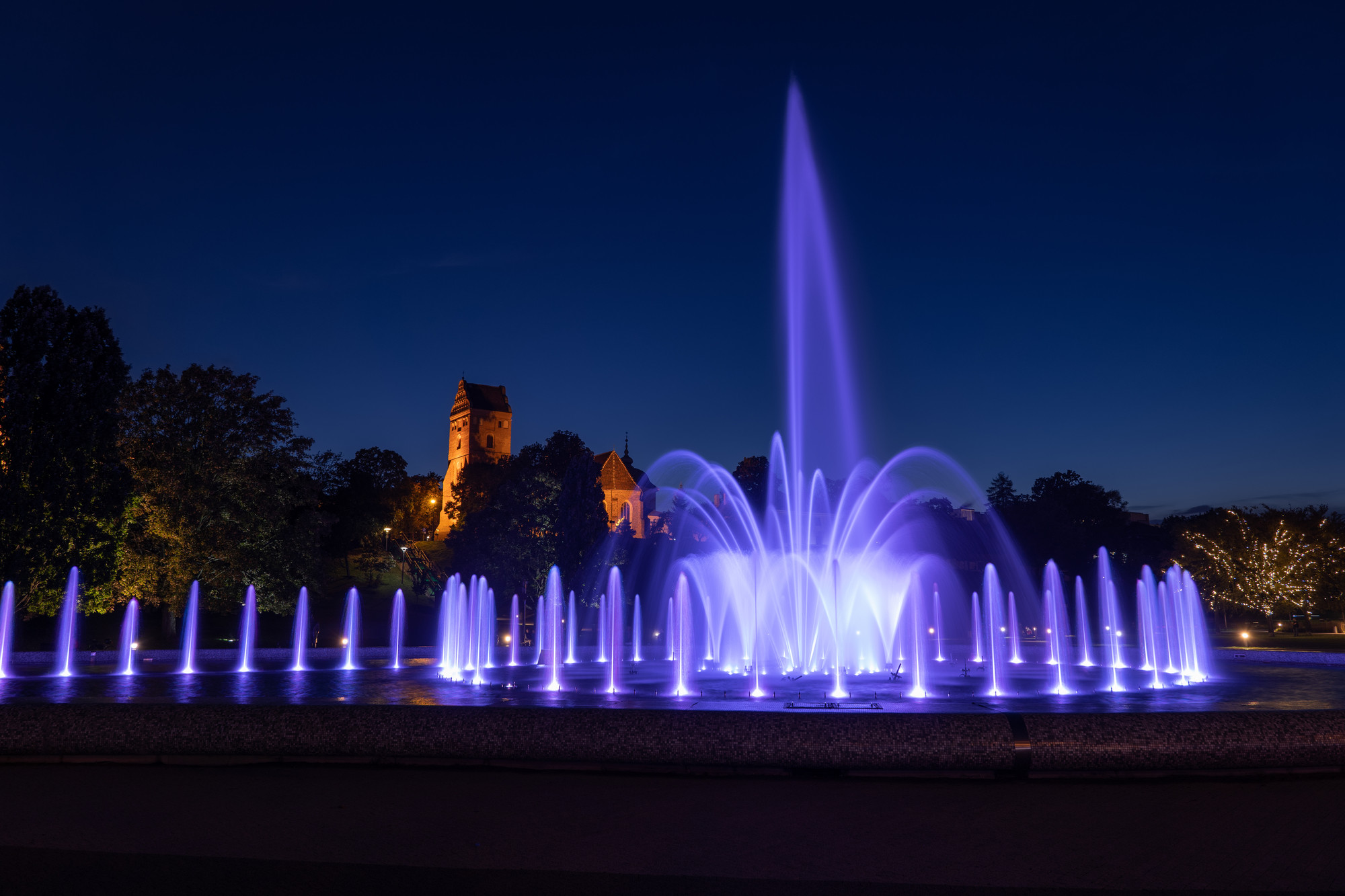 Church of St. Nicholas Francis (Kościół pw. Stygmatów św. Franciszka) next to the Franciscan convent at Zakroczymska 1. The original wooden church on this site was erected in 1645, but it was burned during the Swedish invasion. What stands today dates from 1663, with consequent additions, followed by World War I damages and during Warsaw Uprising. Despite the damage, many valuable objects have been preserved, including epitaphs, organs, side altars, confessionals, and paintings from the 17 th and 19 th centuries, and still adorn the spectacular interior of the restored church. 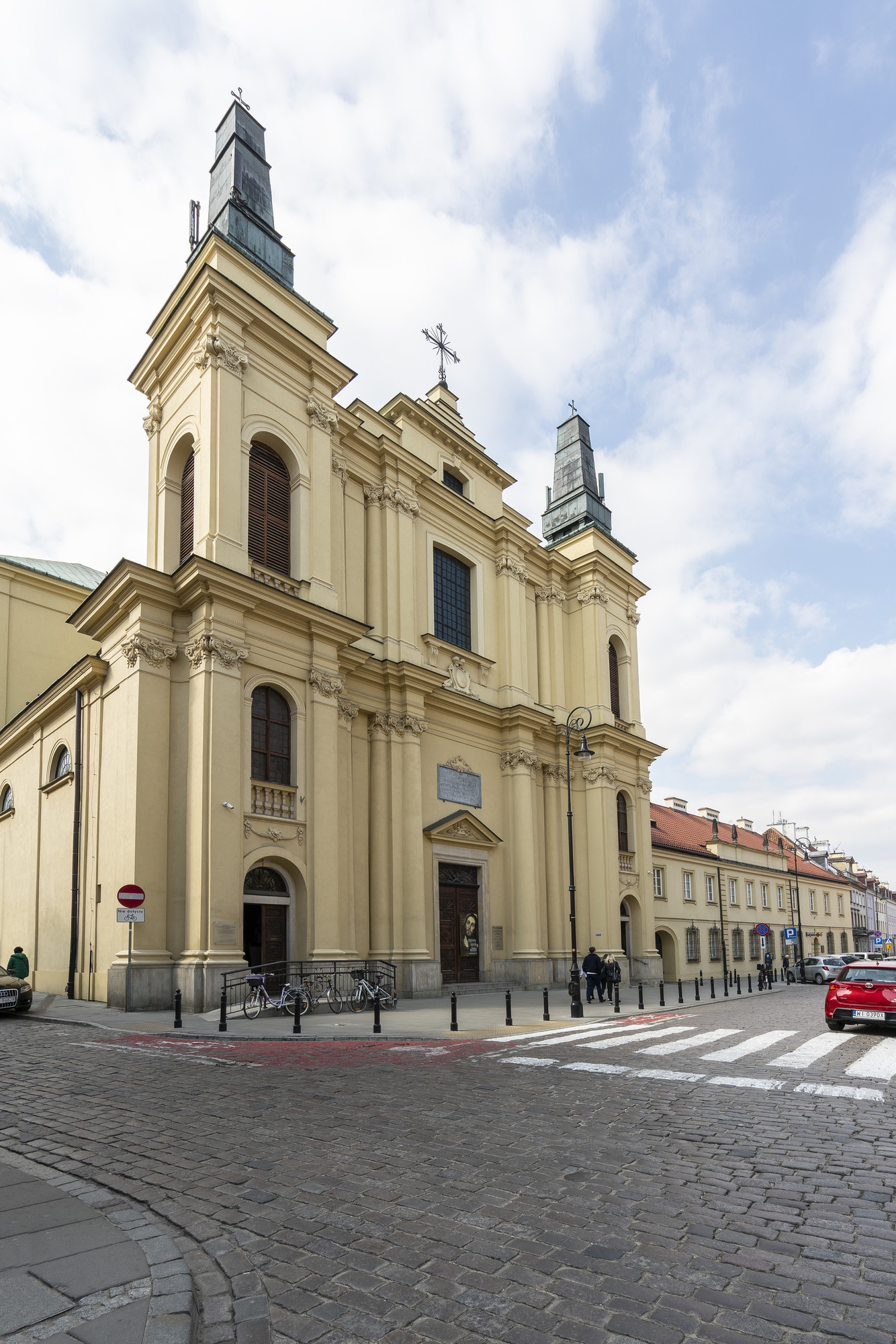 Sapieha Palace (Pałac Sapiehów w Warszawie) is a Rococo style architectural landmark dating from 1731-1746. Its architect, Johann Sigmund Deybel, was inspired by the French-style hôtel particulier city palaces. The edifice takes its name from the powerful Sapieha family, particularly Jan Fryderyk Sapieha, who commissioned the building. From 1818–1820, the palace served as barracks for the army, and during the November Uprising of 1830–1831, it was used by the Polish 4th Infantry Regiment. The original structure was destroyed during the German occupation in 1944. What stands today is a 1950s reconstruction at the bequest of Maria Zachwatowiczowa.

The Urban Apiary at Romana Sanguszki 2 is one of several beekeeping sites in Warsaw. Urban apiculture is a growing trend in the city, with beehives popping up in parks, on rooftops, balconies, and even unlikely locations like hotels and entertainment venues. You can see urban hives on the roof of the Palace of Culture and Science too.

Fort Legionów is part of the Warsaw Citadel. It dates from 1852-1854 when it was named Fort Władimir. The name Legionów came in use after 1918. Initially, the fortress was a three-story artillery turret surrounded by a fortified ditch and meant to defend the New Town and the seasonal bridge over the Vistula River. It was modernized in 1866 and 1874 with the addition of the battery emplacement. Since 1999, the fort is owned by Agnieszka and Marcin Kreglicki. The fort is open to the general public. Visitors can take an underground tour and see a small exhibition relating the history of the area.

The Romuald Traugutt Park (Park Romualda Traugutta) stretches over 10 hectares in the center of the city. It was designed by landscape architects Leon Danilewicz and Stanisław Zadora-Życieński in 1925–1929. Its main attractions are Fort Legionów, Fort Romuald Traugutt, and the 18th-century Zdrój Królewski or Zdrój Stanisław August royal well by architect Henry Marconi. Several sculptures adorn the alleys of the park. Among them, you can admire Motherhood by Wacław Szymanowski and Crossroads contemporary Polish sculptor Magdalena Abakanowicz.

The New Town is home to many other fascinating attractions, as well as restaurants, shops, and entertainment venues. When you stay at Mamaison Hotel Le Regina, you are ideally situated to access them quickly and to enjoy the true spirit of the Phoenix City.