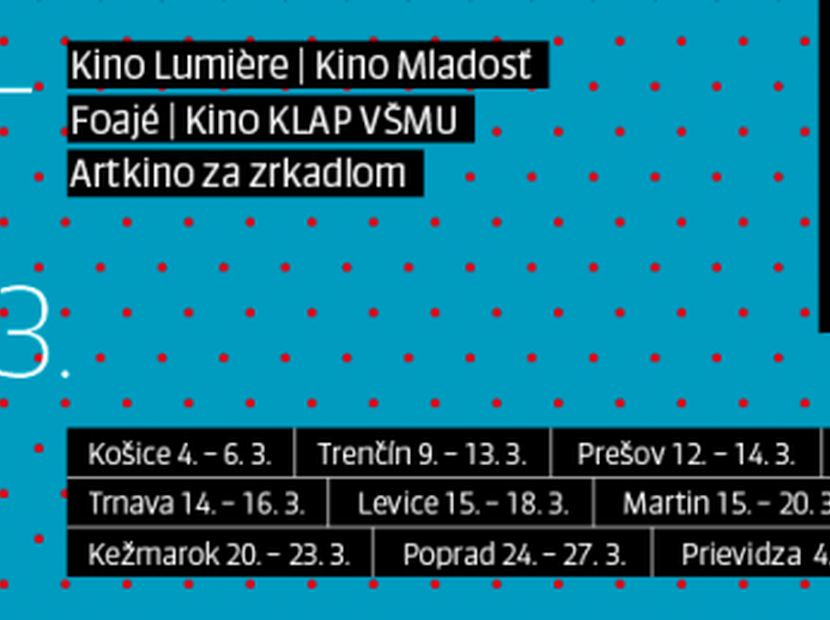 Bratislava
MFFK Febiofest is at its 24th edition in March. The international film festival takes place from 2 to 8 March in several venues around the city, including Kino Lumière, Kino Mladosť, Zrkadlo, Foajé, Kino KLAP (VŠMU), and several others. Access to each venue besides Kino KLAP, which is free, is usually between 3.50 and 4 EURO. With a Febiopas ticket - available to purchase here - you gain access to all the cinemas in Bratislava for 15 €. After performances in Bratislava, the festival will tour 10 other Slovak cities till April 4, 2017. The 24th edition of the MFFK Febiofest international film festival has a rich program, featuring 140 films in 10 sections. The highlight of the event is the themed competition “In the middle of Europe.” Viewers will enjoy the newest Slovak productions, as well as international films in original language with subtitles. The official site of the festival offers timely updates and schedules for interested parties. You can also follow Febiofest SK on Facebook to learn what's new. Besides film screenings, the festival also includes discussions with filmmakers, master classes open to the public, introductions by directors, and audience polls regarding movies participating in the themed competition “In the middle of Europe.” MFFK Febiofest 2017 promises to be an interesting event for lovers of cinematography. It is also an affordable cultural event that makes the beginning of March a great time to visit Bratislava.