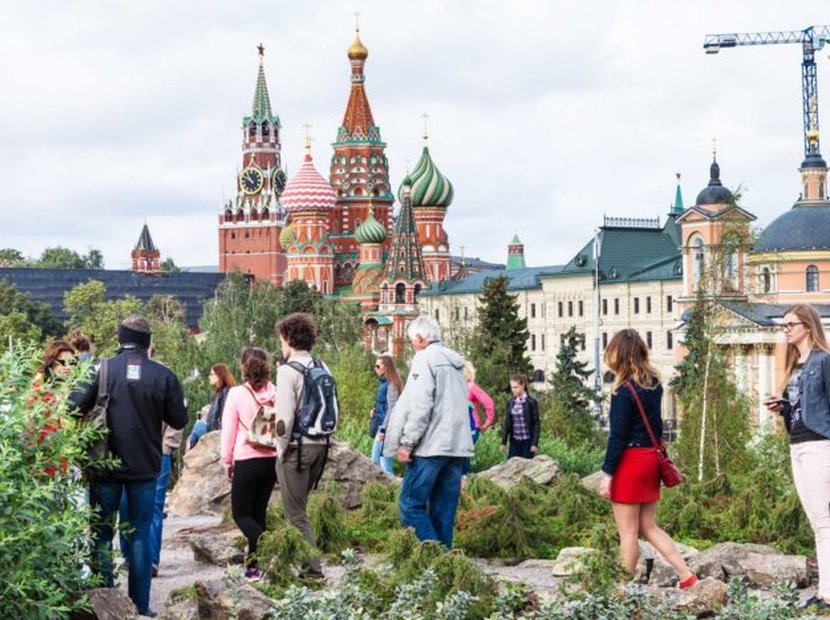 Zaryadye is Moscow's newest urban park, a wonder of landscaping, inaugurated in September 2017. It is a massive endeavor, spreading over 13 hectares a five-minute walk from the famous Red Square in the heart of Moscow. Zaryadye is one of the newest attractions in Moscow. Due to its location, close to the Red Square, it is already a popular site. But it is also worth knowing that the park is home to several religious landmarks, including:

Besides the religious landmarks, Zaryadye boasts many other attractions, including the pedestrian "floating bridge," a unique construction, that towers over the embankment and seems to hover over the Moscow River. The bridge has a 70-meter console without a single support. It is a beautiful observation platform which boasts incredible views of the Kremlin, the embankments, and Chinatown. The bridge is 250 meters long, 60 meters wide, and stands 13 meters above the water surface. 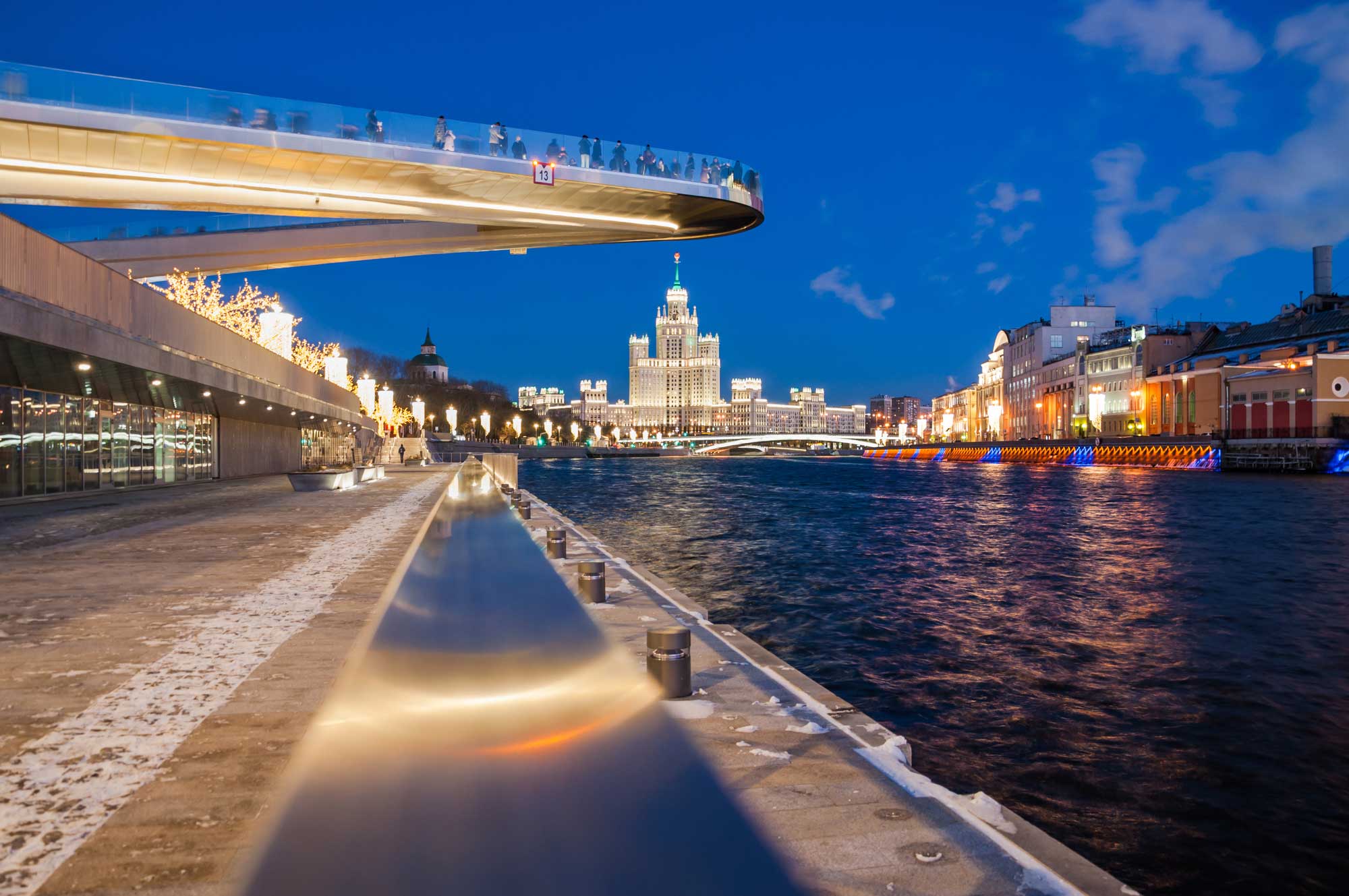 A massive Media Center is planned to open in the Zaryadye Park too. This will stretch over ​7.9 thousand square meters, offering all kinds of cultural attractions relating various topics of the Russian History. The main attraction is called "Flight over Russia," in fact, a 4D-cinema with multichannel surround sound. Viewers will be able to fly over the Far East, Siberia, the Urals, the Far North, the Caucasus, the Baltics, and Central Russia. A second attraction called "Time Machine" will allow viewers to see historical events, witness the geographical discoveries, participate in the construction of architectural structures and "meet" the most celebrated Russian figures of the past.

There are also plans for a Philharmonic Hall in Zaryadye, with cutting edge technology and special acoustics designed by Japanese sound engineer Yasuhisa Toyota. The hall, designed to sit about 1500 people, has a maximum capacity of 4000 spectators.

Last, but not least, the "Ice Cave" attraction in Park Zaryadye is an artificial glacier that mimics the atmosphere of the coldest region of Russia: Yakutia. The attraction will stay open year round, with temperatures below zero degrees Celsius regardless the season. The Ice Cave opened officially in May 2018.

The flora of the park is noteworthy too. The park is designed to remind of four Russian landscapes: taiga, tundra, steppe, and the flooded meadows. For this purpose, landscaping artists employed pver a thousand deciduous and coniferous trees, six thousand shrubs, and 718 thousand perennial flowers.

According to various media reports, the park cost $480 million to build. For more information you can visit the official site of the park (in Russian).